Early in university it became apparent to me that as a game designer I could not solely rely on the theoretical knowledge gained by literature and classes, but also had to get a lot of practical experience with creating games. To hone my skills I teamed up with other game designers and created as many jam-games as I could. Over the course of my career I created about 40 prototypes.

This experience also taught me to prototype game design ideas faster and iterate on them quicker.

Here I present a small selection.

“Everyone Was Left Behind” was created for the FluchtJam held by the BPB (Bundeszentrale für politische Bildung). You take control of a group of a group of abstract figures, differing in speed and endurance. You lead the group through a canyon, around holes appearing beneath them in an ever-growing speed. You will always lose people who stay behind or fall into holes. Your group grows when you touch a tent on the way. All the while figures watch you from the safety of the walls.

Everyone Left Behind is a not-game, there is no way to win. It just goes on until you lost everyone, there is no high score, only a counter for how many people were left behind. It is a comment on the brutality of having to flee your home and not finding refuge anywhere because all borders are closed. 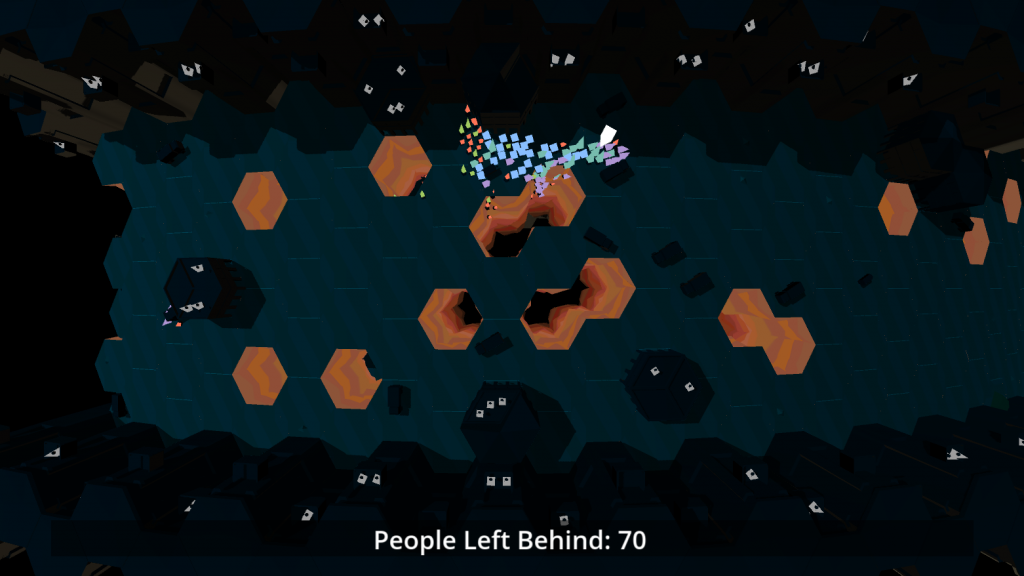 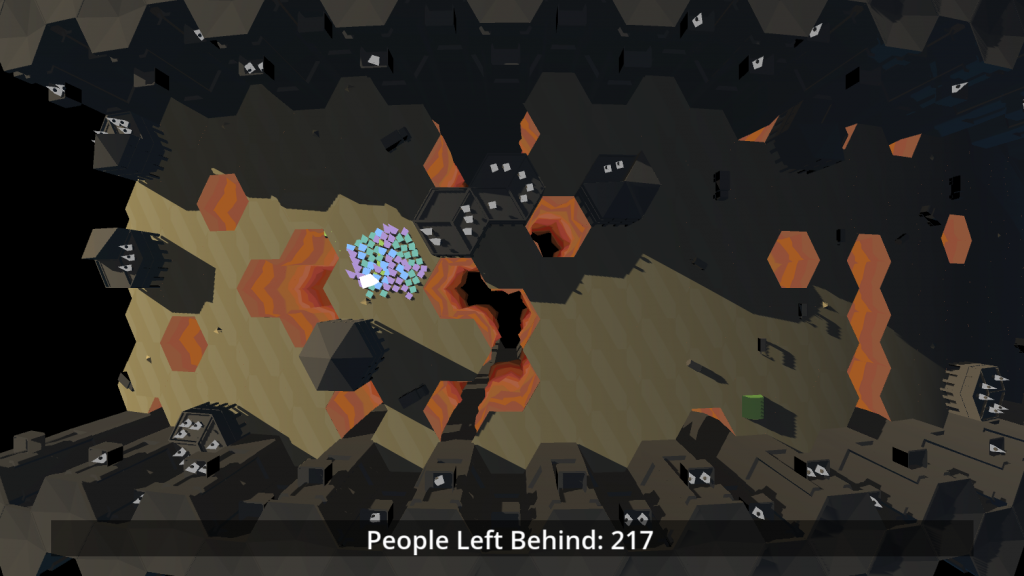 “!Grounded” is a sidescrolling puzzle game developed for the Global Game Jam 2014 with the core mechanic of flipping gravity for yourself and every crate you look at. Using this mechanic you have to navigate the levels and reach the other side.

But beware of the lasers! 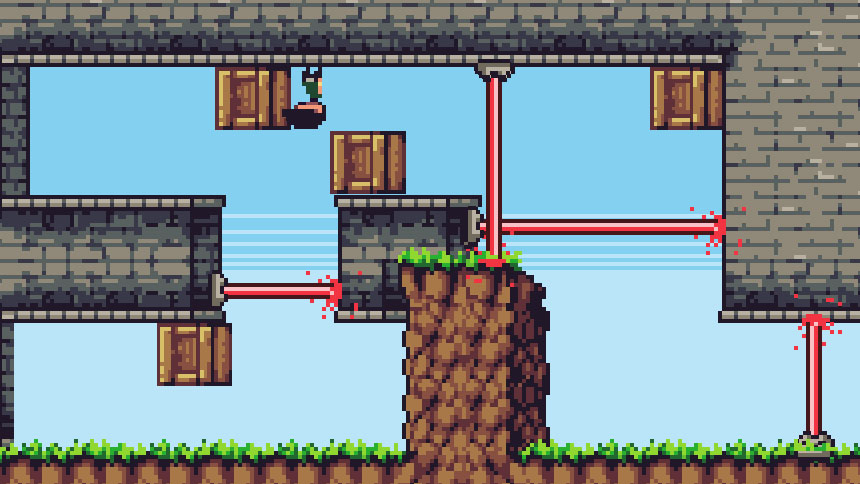 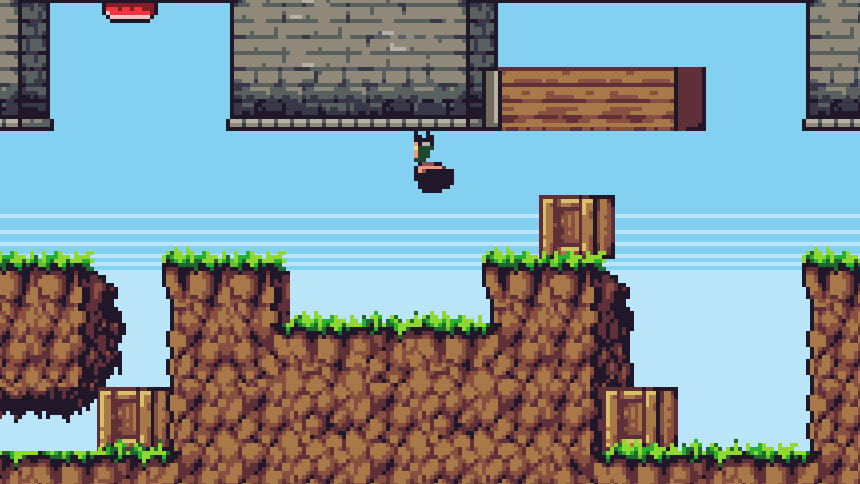 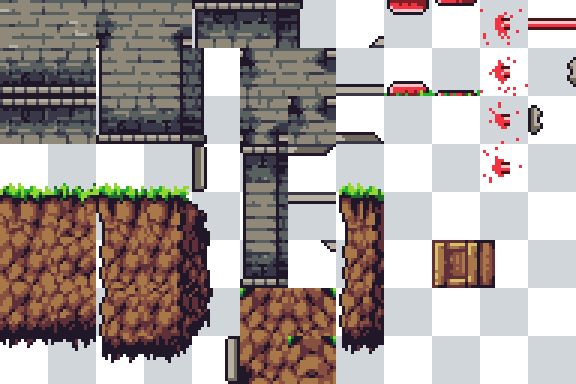 In “Achoo!” the player takes on the role of an robot guard in a museum with a terrible cold. The problem is: with every sneeze, he fires his laser! The player can suppress the sneeze for a short time by pressing as many buttons as possible. Upon releasing the buttons, the sneeze fires the laser, so it has to be aimed away from the visitors and towards the thieves.

But how long can the robot last with an ever-increasing rate of sneezes? 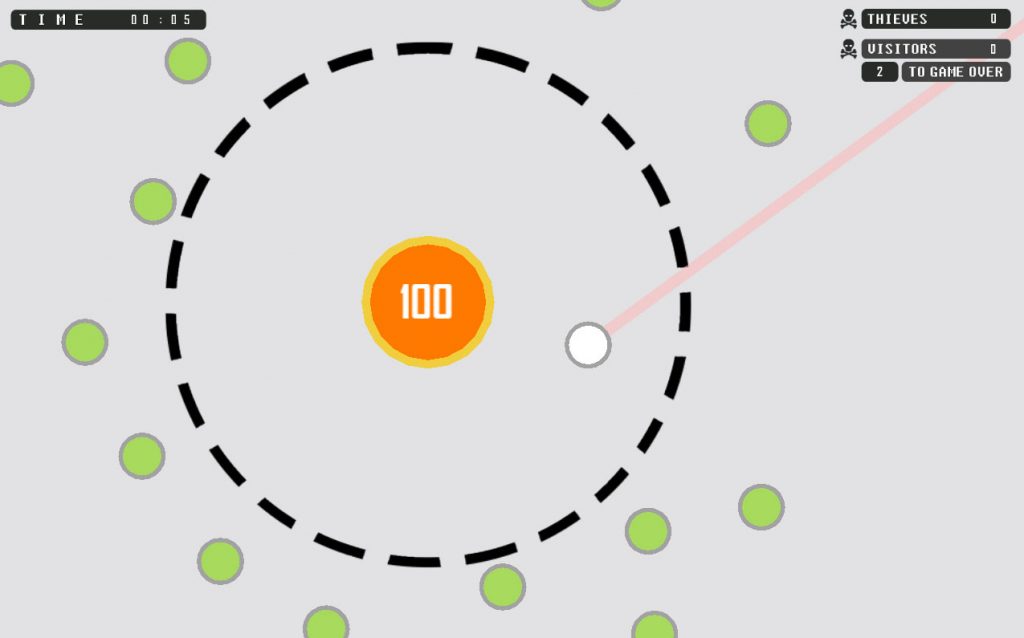 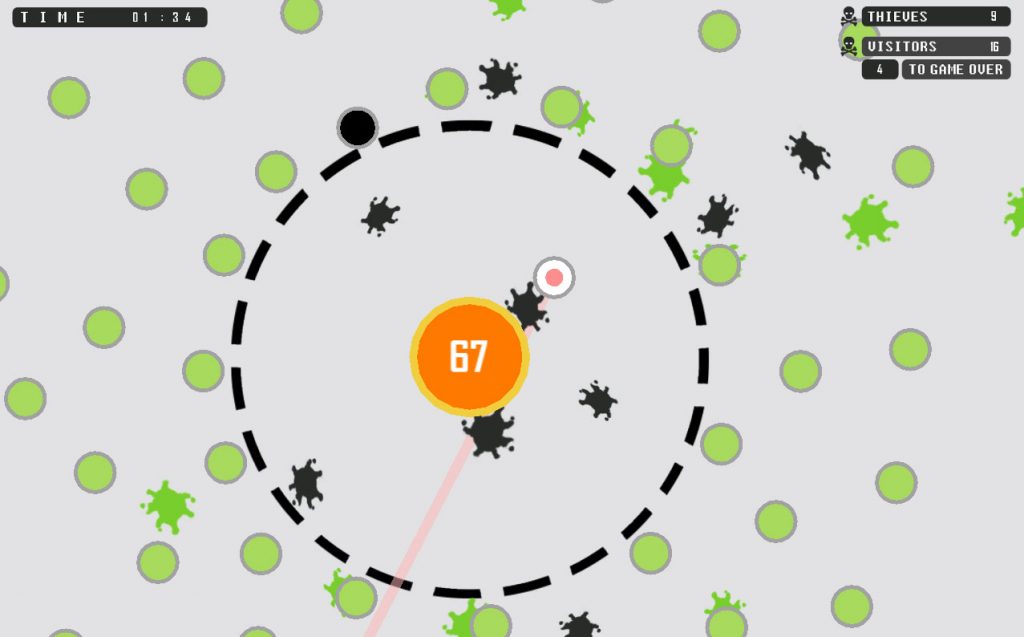