“Wormhunt” is a competitive asymmetrical multiplayer game for up to four players. While one player takes on the role of an enormous worm set out to devour everyone else, the other players have to team up as Huntresses and defeat the worm.
The worm moves underground most of the time, trying to locate its prey by their footsteps. The huntresses on the other hand have to collect ammunition for the rocket launchers and anticipate the worm by the gamepads rumble, which grows stronger the closer the worm moves.
The moment the worm breaks through the surface to make a kill, the huntresses have to either flee or try to hit the worm with their rockets. 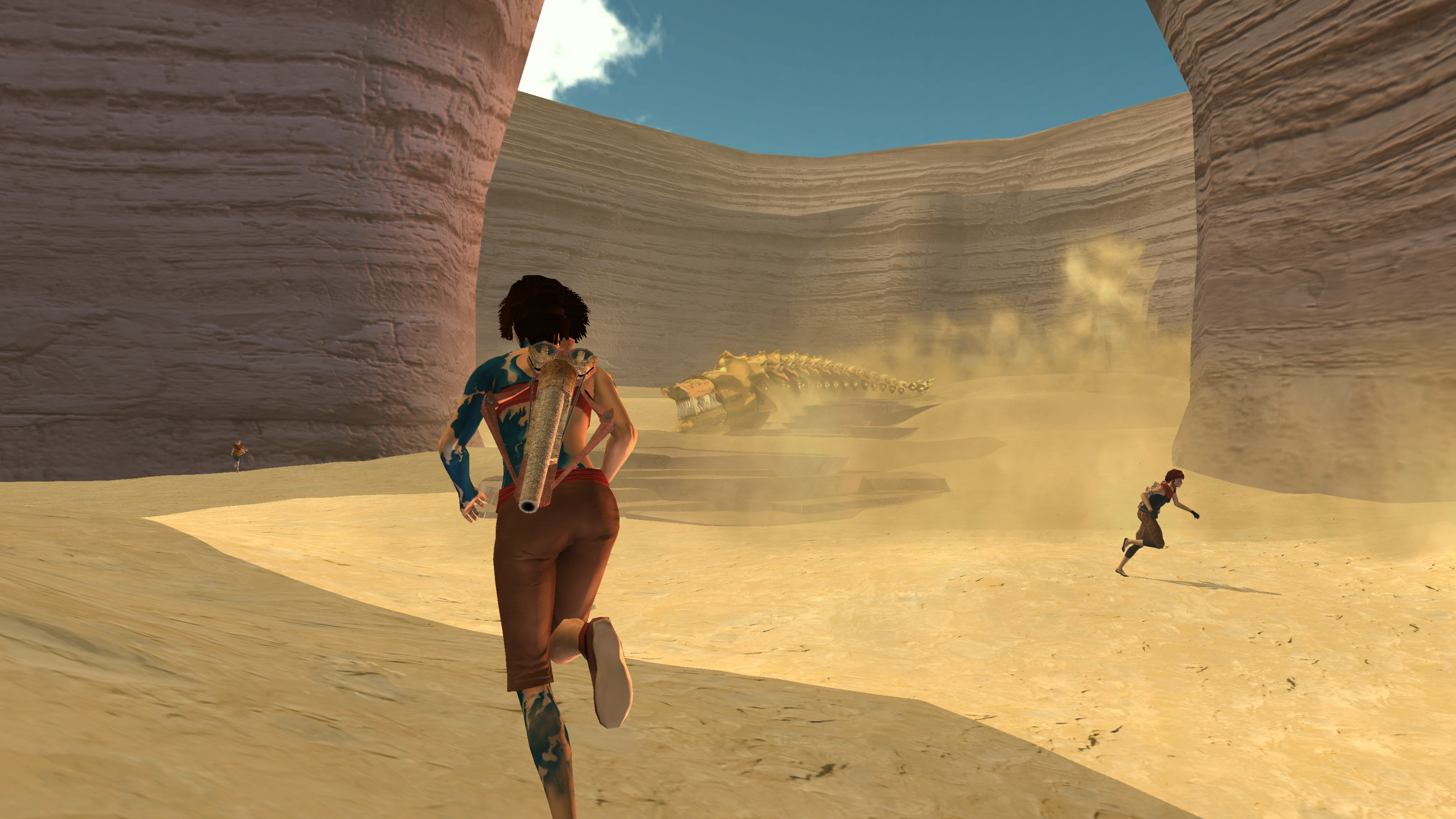 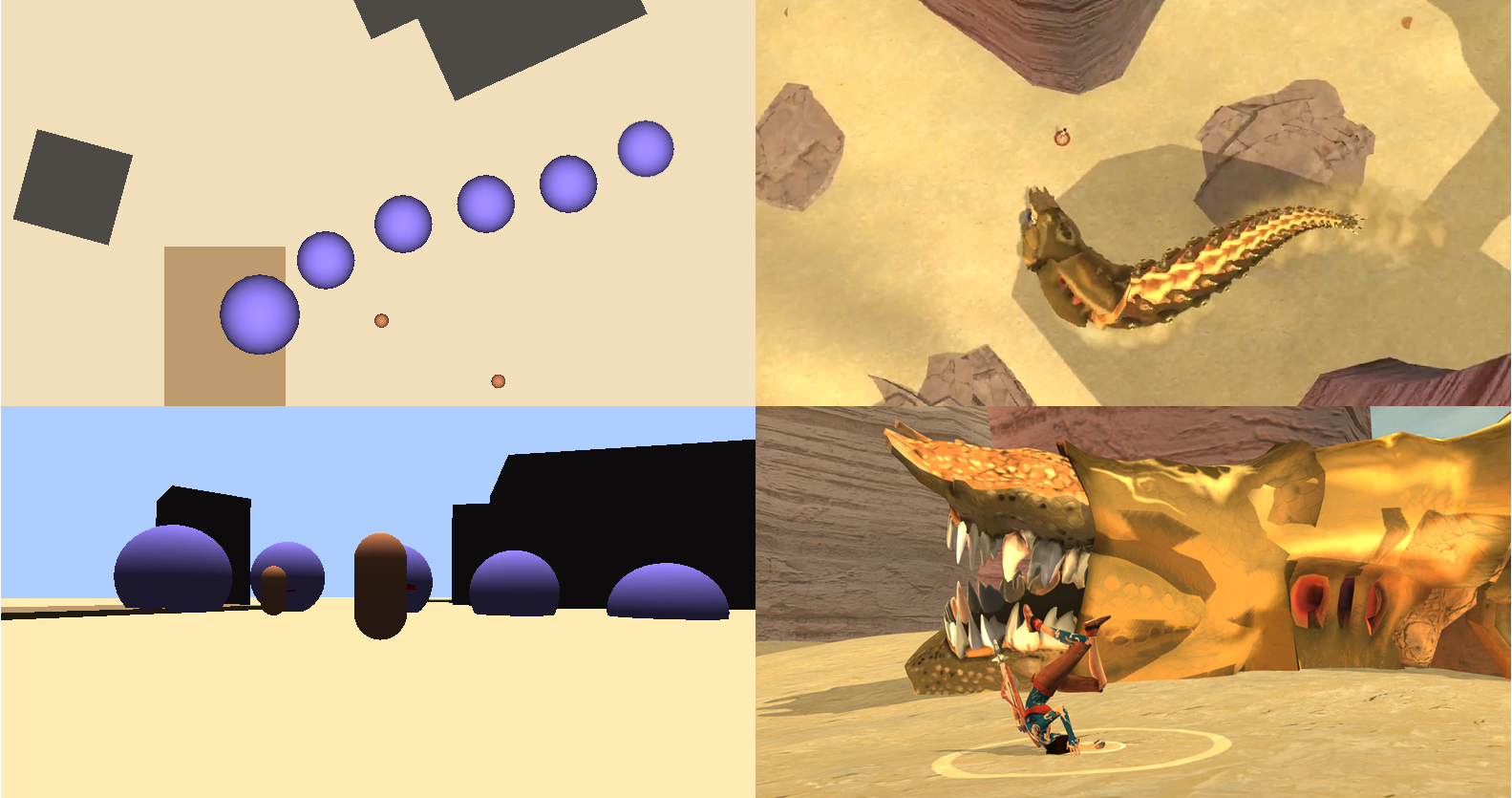 We tested the gameplay first with a prototype that had no network functionality, but instead showed a splitscreen view of the hunters on one monitor and a topdown view of the worm on the other.